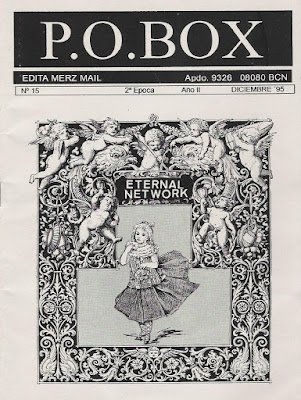 A mail art mag from the 90's. Published by Merz Mail in Spain.
Posted by Wastedpapiers at 10:17 AM No comments: 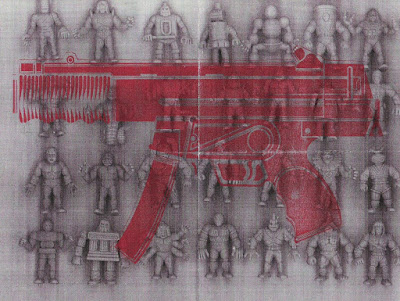 Posted by Wastedpapiers at 10:13 AM No comments: 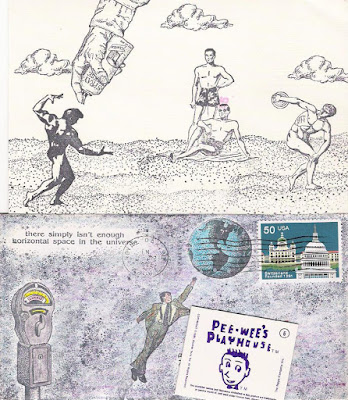 From Russell in Royal Oak, MI, U.S.A. Also enclosed a chatty letter and some Pee Wee Herman cards,
Posted by Wastedpapiers at 8:49 AM No comments: 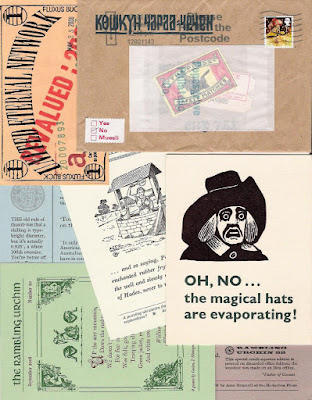 Alan sends some small press printed postcards and ephemera including matchbox label and tickets etc. The Adana Press based in Wivenhoe , Essex. 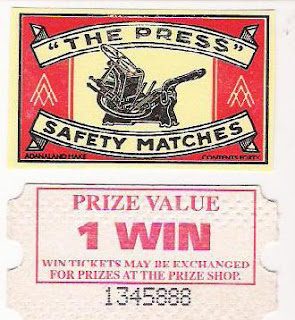 Posted by Wastedpapiers at 1:52 AM No comments: 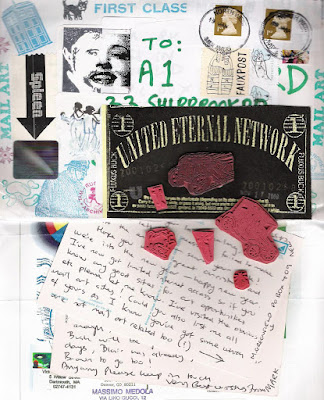 Packet from Staffoirdshire. Mark has sent some pass alongs- postcards-Fluxus Buck- rubber stamps and other ephemera.

He says- "Where do you find out about art opportunities? Any good mailing lists etc.? .....Bush will be gone this week. Blair has already gone. Time for Brown to go too!"
Posted by Wastedpapiers at 1:47 AM No comments: 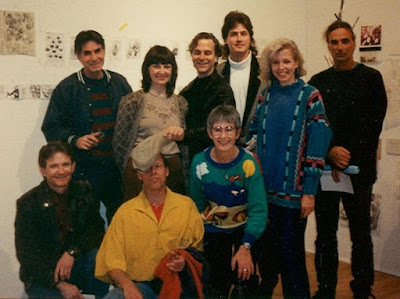 Judith Hoffberg in "Umbrella" jumper and glasses at the opening of her mail art show in Pasadena (1992)kindly sent by Creative Thing (Leslie Caldera) who is on the far left. ( Johnny Tostada originally sent it to him )

"Judith Hoffberg (Born in 1934) is a librarian, archivist, lecturer, a curator and art writer, and editor and publisher of Umbrella, a newsletter on artists' books, mail art, and Fluxus art. She received a B.A. in Political Science from UCLA in 1956. She went on to get an M.A. in Italian Language and Literature in 1960 and an M.L.S. from the UCLA School of Library Service in June 1964.

She was a Special Intern at the Library of Congress after serving as a cataloger in 1964-65 at the Johns Hopkins University Bologna Center in Italy. At the Library of Congress, she was a cataloger in the Prints & Photographs Division of the Library of Congress until 1967, when she served as the Fine Arts Librarian at the University of Pennsylvania from 1967-1969. She went on to UCSD from 1969 to 1971 as art, literature and language bibliographer and to the Brand Library in Glendale, CA as Director from 1971 to 1973. From 1974 to 1976, she worked for the Smithsonian Institution as Archivist and Editorial Assistant for the Bicentennial Bibliography of American Arts.

In 1973, she co-founded Art Libraries Society of North America (ARLIS). She served as the Society's first Chairman, editor of ARLIS/NA Newsletter from 1972 to 1977 and its Executive Secretary from 1974 to 1977.

In 1978, Hoffberg founded Umbrella Associates. Her work includes consulting with archives and libraries. She edited and published Umbrella, a newsletter about artists' books and publications. Hoffberg also lectured widely throughout the US and abroad.

Judith Hoffberg passed away peacefully on January 16, 2009."
Posted by Wastedpapiers at 12:18 PM No comments: 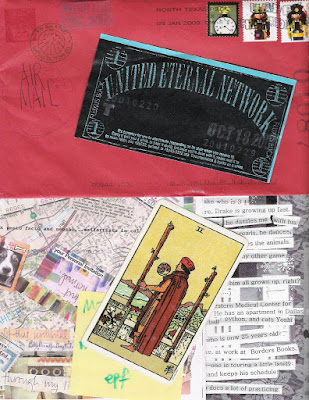 Haphazard Mail- a collab. 'zine by Exposto facto and Neosho. Also a round robin- fluxus buck to pass on and tarot card.
Posted by Wastedpapiers at 6:57 AM No comments: 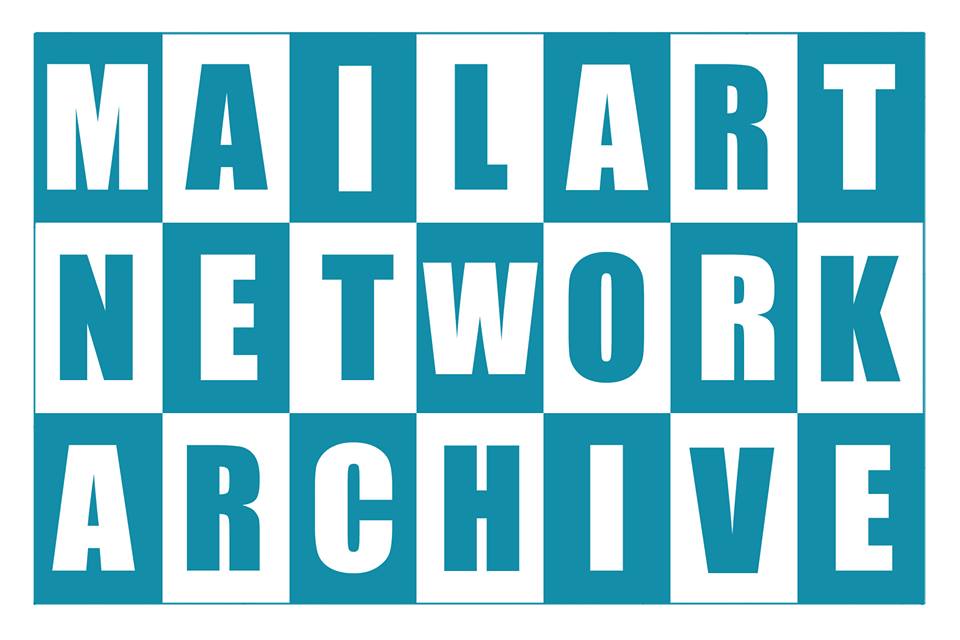